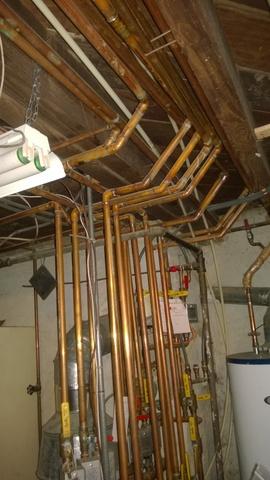 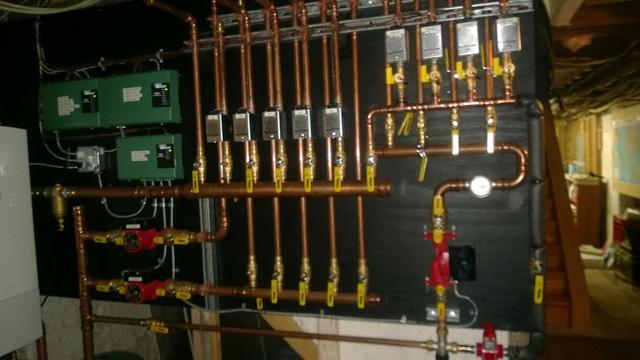 The gas bills in this large Victorian home were approaching $1000/month in cold weather! We had previously sealed and insulated the house, which delivered big savings to the homeowners. But now it was time to tackle the old, inefficient boiler in the basement. The piping was a nightmare, as you can see in the before pictures. And despite the number of pipes, some rooms had no heat at all. We straightened the piping out, added some radiators in cold rooms, and replaced the boiler with a 95% efficient Bosch Greenstar that also produces domestic hot water. The homeowner is so proud of his heating system, he brings everyone who visits his home down to see the “mechanical poetry."

View All Before and After Photos

We serve the following areas